Built in the psychedelic 60s, South Junior High School in Lawrenceville, Kansas, mimicked the idea of "flower power" in its circular design. Considered radical at the time, over the years the design (created by Shaver and Company & Salina General) had perplexed teachers and students alike. The school's old hallways were not only devoid of natural daylighting (thanks to the windowless design), but difficult to monitor. Perhaps the lack of windows inspired the students, over a decade ago, to begin painting colorful murals in the hallways, said to help the visitors find their way. The floor to ceiling murals included renditions of "American Gothic", Vincent Van Gogh's "Starry Night", a scene from Star Wars among many others.

Fast forward 40 years. On a lot adjacent to its now-empty predecessor, a new South Junior High School was taking shape. Its design, by architects Gould Evans, stood in clear contrast to its "flower child" neighbor in every way but one: the new building, too, would be called "radical." In a local news broadcast, a school official wondered aloud if the Gould Evans' design was "going to be an issue again." Officials at the municipal level also questioned whether the school would be "too far out."

At issue was the firm's departure from the all-too-familiar, sprawled layouts traditional in schools of this size, in which students crowd through dimly light hallways trying to get to their next class. Their design instead clusters classrooms "around large central gathering / multi-use spaces, eliminating the need for long circulation corridors," according to lead architect Sean Zaudke. "These spaces allow visual connections to the facing classrooms on both the same floor level and the adjacent level," he says. They represented a significant challenge as the firm sought to "redefine the K-12 project type in a manner that would be both functional and inspirational for students and teachers."

The result was a new 111,469 sq ft. building with large movable glass doors, allowing for expandable classrooms and entry of ample daylighting. Skylights and clerestories bring light inside interior classrooms, where bright white Techstyle® Acoustical Ceilings were hard at work. In addition to controlling sound, the 4' x 5' Classic Series panels spread and diffuse light deep into classroom spaces. "The light, prefinished nature of the (Techstyle ceiling) material acted as a great reflector for the clerestories. Their level of finish was much higher and appropriate than other acoustical systems we were looking at" says Zaudke, who also appreciated the ceiling's overall value and ease of installation.

The end result not only earned an AIA Citation for Excellence in Architecture, it also came in a million dollars under budget. Most important, it won over administrators for both its appearance and practical function. School principal Will Fernandez cited "the openness of the hallways," which he says maximizes student flow, and praised the natural light that comes "beaming through the clerestory glass at the top of our roofs," describing the overall feeling as one of "newness and innovation." 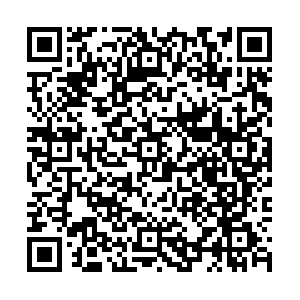